"And how's that going to go? You're just going to walk up to her and say, 'Hey, I know you've never seen me before, but I'm your dad. Oh, and guess what? You've won the evolutionary lottery: You're a vampire. Let's go to Disneyland!”

-Tohrment talking to Darius about Beth

Dark Lover is the first novel of The Black Dagger Brotherhood series by J.R. Ward and is followed by Lover Eternal. It was first published September 6, 2005.

The Black Dagger Brotherhood is an elite squad of vampire warriors whose duty is to protect the king and their race from the Lessening Society, a group of undead humans who hunt vampires. Wrath is both of the Brotherhood and the heir to the throne, but he does not rule, preferring instead to fight alongside his Brothers. Although keeping their existence a secret from humans is of paramount importance, Wrath's best friend, Darius, asks him to help his half-human daughter, Beth, make the transition from minor to adult vampire. This change is agonizing and potentially fatal; without the blood of a male vampire she will inevitably die.

The only problem is she doesn't know of the existence of vampires.

In the shadows of the night in Caldwell, New York, there's a deadly turf war going on between vampires and their slayers. There also exists a secret band of brothers like no other - six vampire warriors, defenders of their race. Among them, none relishes killing their enemies more than Wrath, the leader of the Black Dagger Brotherhood...

The only purebred vampire left on the planet, Wrath has a score to settle with the slayers who murdered his parents centuries ago. But when one of his most trusted fighters is killed- orphaning a half-breed daughter unaware of her heritage or her fate - Wrath must usher the beautiful female into the world of the undead…

Racked by a restlessness in her body that wasn't there before, Beth Randall is helpless against the dangerously sexy man who comes to her at night with shadows in his eyes. His tales of brotherhood and blood frighten her. But his touch ignites a dawning hunger that threatens to consume them both…

Darius, son of Marklon, goes to Screamers, a nightclub in Caldwell, New York, to meet up with Wrath to ask a favour of his king. He meets Tohrment ("Tohr") there. They are both members of the Black Dagger Brotherhood, an elite force of soldiers who protect their race, the Vampires, from their enemies. Tohr knows the favour Darius wishes to ask of Wrath, and predicts Darius will be rejected because she's a half-breed and Wrath has no love for humans. He then leaves Darius to face Wrath alone.

Darius meets with Wrath and makes his request: for Wrath to help Darius' only surviving daughter, Beth, through her transition, which is coming very soon upon her and can be extremely dangerous. Without a male of the species to feed from, she will die. Wrath rejects Darius' request, as Tohr predicted. In his opinion, the only positions suitable for a human are a female on her back and a male lying facedown, dead.

Disheartened, Darius leaves Screamers and gets into his car, which is parked in an alley nearby. He turns the key and the car blows up, killing him. When his spirit goes unto the Fade, it is stopped at the doorway into paradise by the Scribe Virgin, the deity-creator of the vampire race. Darius begs to be returned to the land of the living, so he might find someone to look after and protect his beloved daughter, who he has been watching in the shadows since her birth. The Scribe Virgin considers his plea and states that Darius has always been an honourable and exemplary soldier. She then explains that Darius' death was not fated to happen yet and that the Lessening Society has unbalanced the universe in committing this sin in taking his life. In order for balance to be restored, she grants Darius his wish with two small caveats: first, he will be reincarnated as another person, and thus lose all memory of having once been Darius, son of Marklon (this is the price for his second chance at life), and second, his new incarnation will be born mute (this is the price for him to be set on a path that will take him into direct contact with his daughter in his new life). Darius agrees to the deal, and the Scribe Virgin grants him his wish. He is reincarnated as a pre-trans Vampire named John Matthew, who is living on the streets in the human world as an orphan, with no knowledge of his Vampire heritage and no voice to cry for help when he is attacked by humans.

In the meantime, Darius' daughter, Elizabeth "Beth" Randall, is a reporter for the Caldwell Journal in Caldwell, New York where she dodges her boss' advances and is trapped by the glass ceiling. After Darius' death, Wrath felt he needed to visit Beth at her apartment, which she thought was a dream. The first time they meet face to face, he uses red smoke to prevent her from panicking. She seduces him, her hormones surging in preparation for her transition.

While walking home one night, she's assaulted by two men, one of whom is Billy Riddle, and fights her way free, breaking Riddle's nose in the process. Butch, who knows Beth through her work, learns that it was Riddle who attacked her and visits him in the hospital. Riddle had lied to the police and told them that it was a man who'd attacked him. Butch punched him, re-breaking his nose, and lost his job because of it.

Concerned about Beth, he visited her and ran into Wrath. Suspecting Wrath was behind the deaths of several women, Butch arrested him, who cooperated because he didn't want to frighten Beth, and drove him to the station, where Beth met them. Wrath escaped and nearly killed Butch, but spared his life because Butch was defiant and unafraid, which he respected as a warrior.

Wrath releases Marissa from their engagement and Havers plots with Lessers to have Wrath killed for the disgrace to Marissa.

Wrath took Beth to Darius' mansion, which she learned she inherited along with his considerable wealth. There she finds many photographs of herself and one of her human mother. Fritz was overjoyed to meet her and told her of how Darius followed her life, obtaining her grades and arranging for her to be moved from potentially abusive foster homes. Fritz himself attended her graduation to take pictures. Rhage was there, stitching up an injury, which disturbed her. At one point, she woke up to Zsadist standing over her and asking Wrath if he was going to share her.

Butch and Vishous become the best of friends, and Butch moves into The Pit at the Brotherhood's mansion, leaving behind his life in the human world.

Wellsie loans Beth a red satin gown for her mating ceremony and stands with her during the ritual. The Brotherhood and the Scribe Virgin are present; operating on human manners, she attempted to shake the hand of the Scribe Virgin. Wrath stopped her and explained to the Scribe Virgin that he hadn't taught her the proper etiquette, begging her not to punish Beth. The Scribe Virgin didn't appear to take offense. After vows were exchanged, the Brothers took turns carving Elizabeth's name into Wrath's back in an Old English font, which horrified her. Saltwater was used to prevent the wounds from healing without scarring, then a white silk cloth was pressed over the markings, soaking up the blood, and was given to Beth.

While Beth was briefly alone with the Brotherhood, they surrounded her and drew their knives, terrifying her. They all knelt and plunged their daggers into the floor. When Wrath returned, he smiled and told her that they like her.

After her transition, Beth wanted to see if she could walk in daylight, terrifying Wrath. While enjoying her morning, she was kidnapped by the Lessening Society, who was there disguised as workers. Since she had recently fed from Wrath, he tracked her using his blood in her to hone in on the location. The Brotherhood destroyed the society's compound and rescued Beth. She leaves her human life and job at the CCJ to become the Queen.

Havers' plot to kill Wrath II fails and is revealed. Wrath II decides to allow Havers to live, despite his treasonous ways, and Wrath II steps down from active duty as a Brother in the field and steps into the role of King of his people full-time.

On J.R. Ward's official website, she has included a deleted scene from this book, featuring an interaction between Mr. X, the Forelesser, and Billy Riddle. You can read it here. 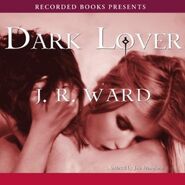 Russian: Темный любовник, published by Эксмо
Add a photo to this gallery
Retrieved from "https://blackdagger.fandom.com/wiki/Dark_Lover_(Book_1)?oldid=10137"
Community content is available under CC-BY-SA unless otherwise noted.